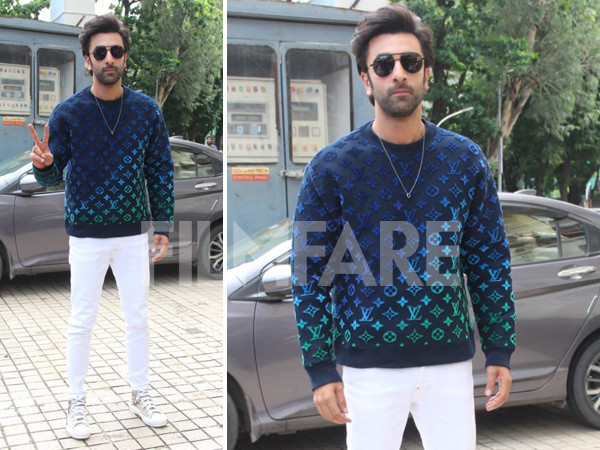 Ranbir Kapoor is a busy man. The actor is back on the big screen with Shamshera as of today as the film hits cinemas. Now he has been snapped in the city as he gears up to celebrate its release. For his outfit of the day, Ranbir opted for a cool full-sleeved sweatshirt in blue. He paired it with white fitted pants and sneakers. His look was accessorised with a minimalist necklace and black shades. The actor posed for the paparazzi.

In Shamshera, Ranbir Kapoor plays a dacoit warrior who goes up against British rule in India in the 1800s. The film also features Vaani Kapoor and Sanjay Dutt.