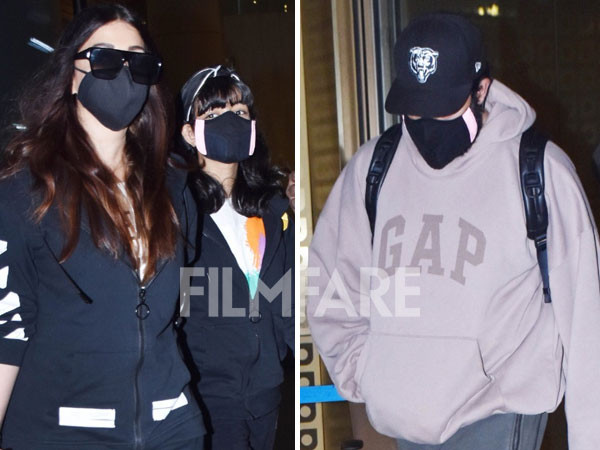 Aishwarya Rai Bachchan is basking in the stupendous success that her latest release – PSI has brought. The actress was clicked a few days ago at the airport along with Abhishek Bachchan and their daughter Aaradhya as they were on their way out of the city. They were clicked at the airport as they returned to Mumbai yesterday.

Keeping it chic but simple – Aishwarya Rai Bachchan was seen in a black hoodie and joggers look as was her daughter Aaradhya. The mother-daughter duo were twinning as they headed out of the airport and into the car.

Check Out The Pictures Here!