A rep for the family confirmed the news to People, saying in a statement: “Michael Hammer has passed away after a long, hard fight with cancer and is now at peace.”

Michael Armand Hammer had a high standing in society given was the grandson of oil magnate Armand Hammer, who ran Occidental Petroleum Corporation. Michael’s sister Casey Hammer recently claimed in a Discovery+ docuseries titled House of Hammer that he was left with most of their grandfather’s $US40 million fortune (approx. $60 million). He is survived by his wife, Misty, as well as Armie and other son Viktor.

It’s believed after Armie’s spectacular fall from grace in early 2021, Michael was helping him financially when he fled to the Cayman Islands amid accusations of sexual assault by various women. The actor was also accused of sending messages allegedly containing references to cannibalism, violence and rape.

The Hotel Mumbai actor denies all claims, but the allegations have prompted him to drop out of projects and lose significant roles in movies like Billion Dollar Spy and Taika Waititi’s Next Goal Wins.

The actor – who reportedly finished a six-month rehab stay last year for drug, alcohol and sex issues – has denied all the allegations. 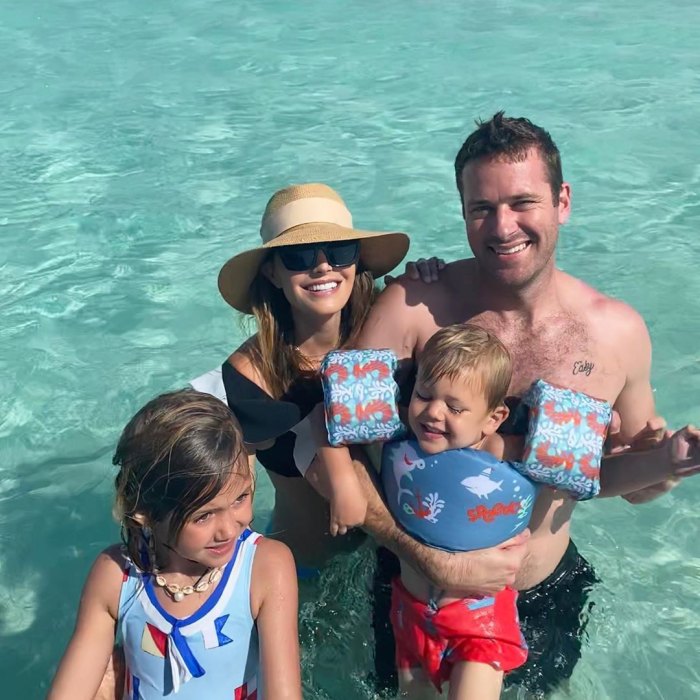 In June, People reported Michael had cut his son off financially. Around the same time, Armie was seen selling timeshares at Morritt’s Resort in Grand Cayman because he needed the money after being cut off.

“His dad won’t help him anymore and he’s been cut off, so he got to work,” a source told the outlet.

It’s believed Armie has returned to the US in recent months with his estranged wife, Elizabeth Chambers, and their two children: daughter Harper, seven, and son Ford, five. Although the duo are longer a couple, Elizabeth stayed on the island so they could co-parent.