A﻿dam Sandler didn’t let his moment stop him from making it about his kids – though, in true Sandman fashion, it was in a hilarious way.

The 56-year-old accepted the Performer Tribute Award at the 2022 Gotham Awards﻿ on Monday night, and had the packed crowd in stitches when he explained his two daughters, 16-year-old Sadie and 14-year-old Sunny, had asked him if they could write his acceptance speech.

“I said, ‘Absolutely! It would be nice to see you doing something other than watching YouTube or going to f–king Lululemon every f–king weekend,'” Sandler told the audience, noting that his daughters had asked him to accept the award “in that goofy Southern accent that you do all your dumb speeches in.” 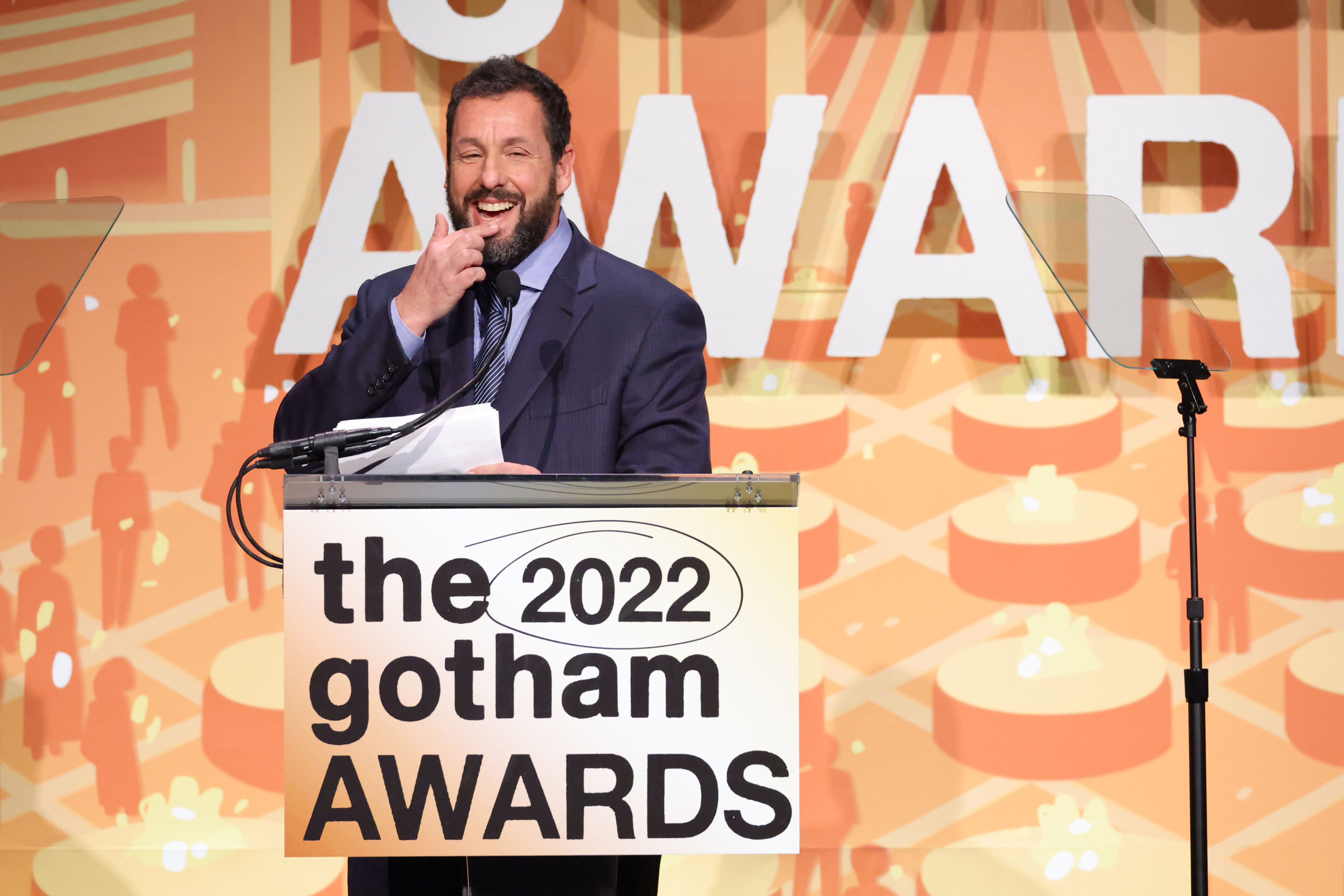 ﻿Sandler then proceeded to deliver the speech his daughters wrote for him, which included insults aimed at himself, in the voice of his character Bobby Boucher Jr. from Waterboy.

“It means a lot to him seeing how most of the awards on his trophy shelf are shaped like popcorn buckets, blimps or fake mini Oscars that say ‘Father of the Year,’ which he sadly purchased himself while wandering in a self-pitying fog through the headshops of Times Square,” Sandler said, in a nod to the more serious design of the Gotham Awards trophy.

Sandler’s speech also included the revelation that Sadie and Sunny weren’t able to join Sandler and his wife Jackie Sandler, 48, at the event. 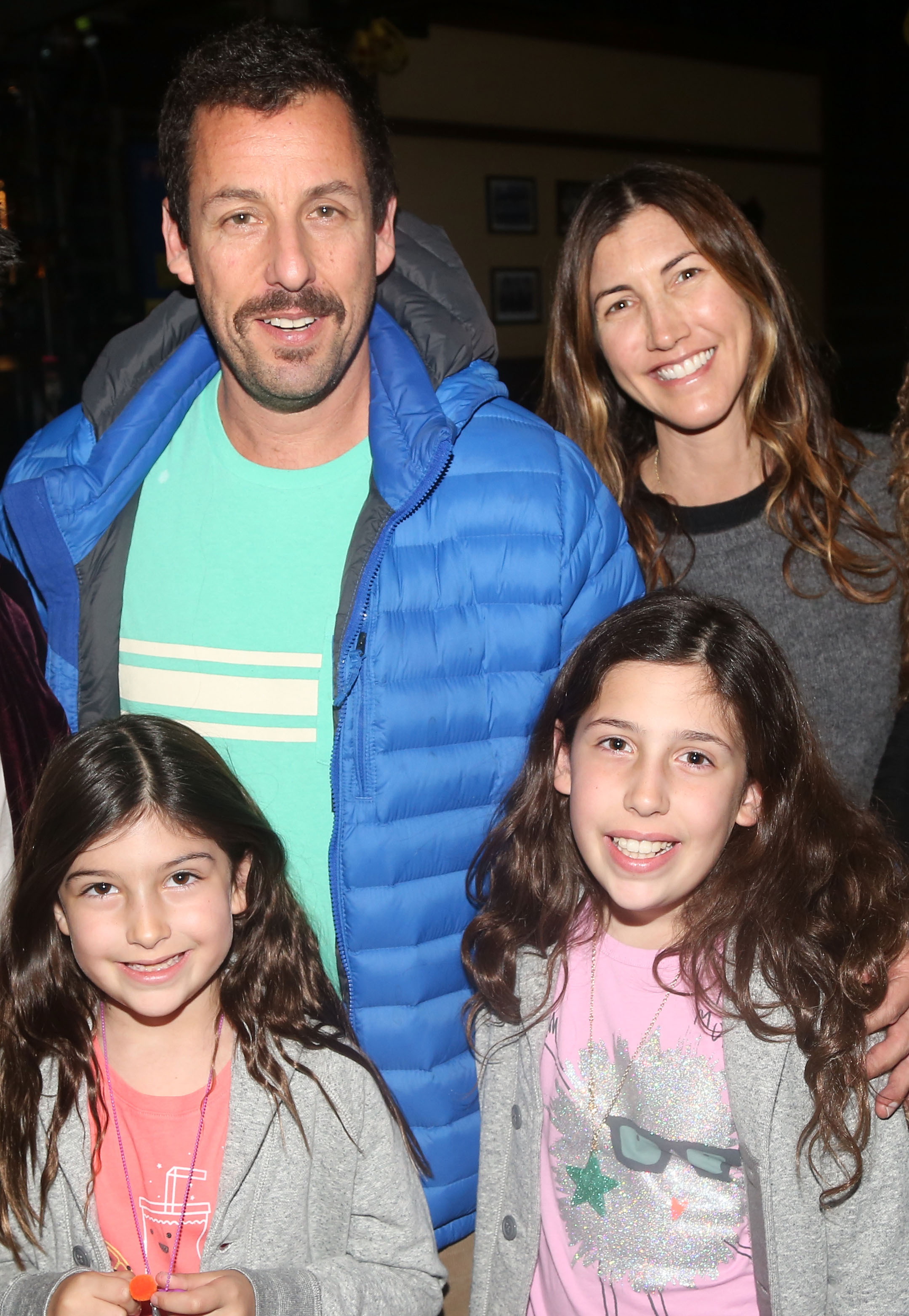 ﻿”We also wish we could be at tonight’s award show with all of you sophisticated people,” Sandler said.

“But Daddy said, and we quote, ‘I don’t want to spend a whole night that’s supposed to be about me and my greatness listening to you two newly pubetised buffoons screaming, “Where is Timothée Chalamet and how can we legally squeeze that fine little Jewish ass of his?'””

Sandler’s speech also included ﻿digs at his film career, with his daughters writing: “Daddy’s film career began in 1988 formed by two guiding principles: people in prison need movies, too, and TBS needs content to show between all them f–king basketball games.” 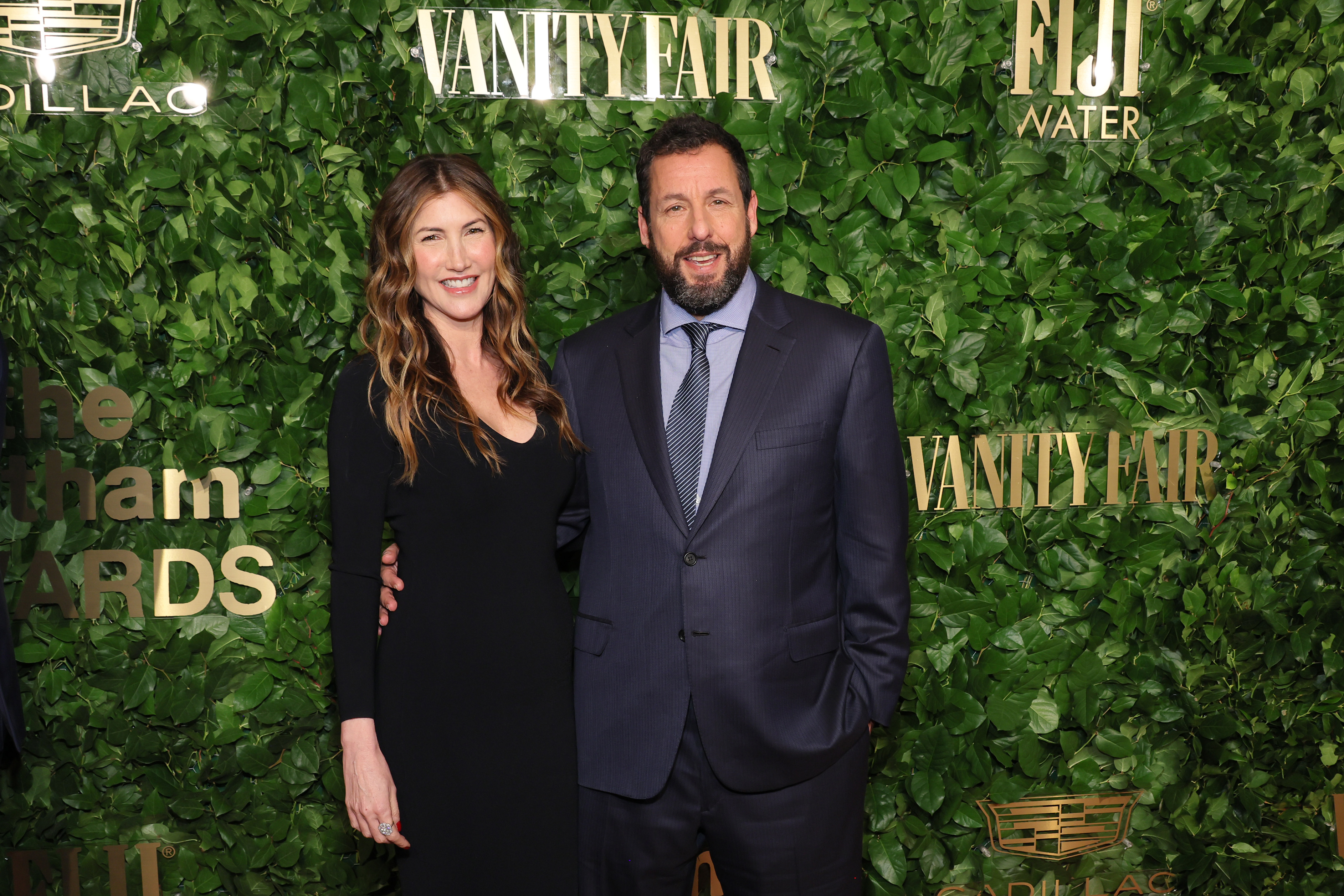 At the end of the speech, Sandler broke character and thanked everyone – especially his wife for putting up with his “crazy f–king mood swings” – and remarked on how much the award meant to him.

﻿Sandler was one of two actors who received a performer tribute at the 2022 Gotham Awards, with Michelle Williams receiving a Film Tribute Award on the night.