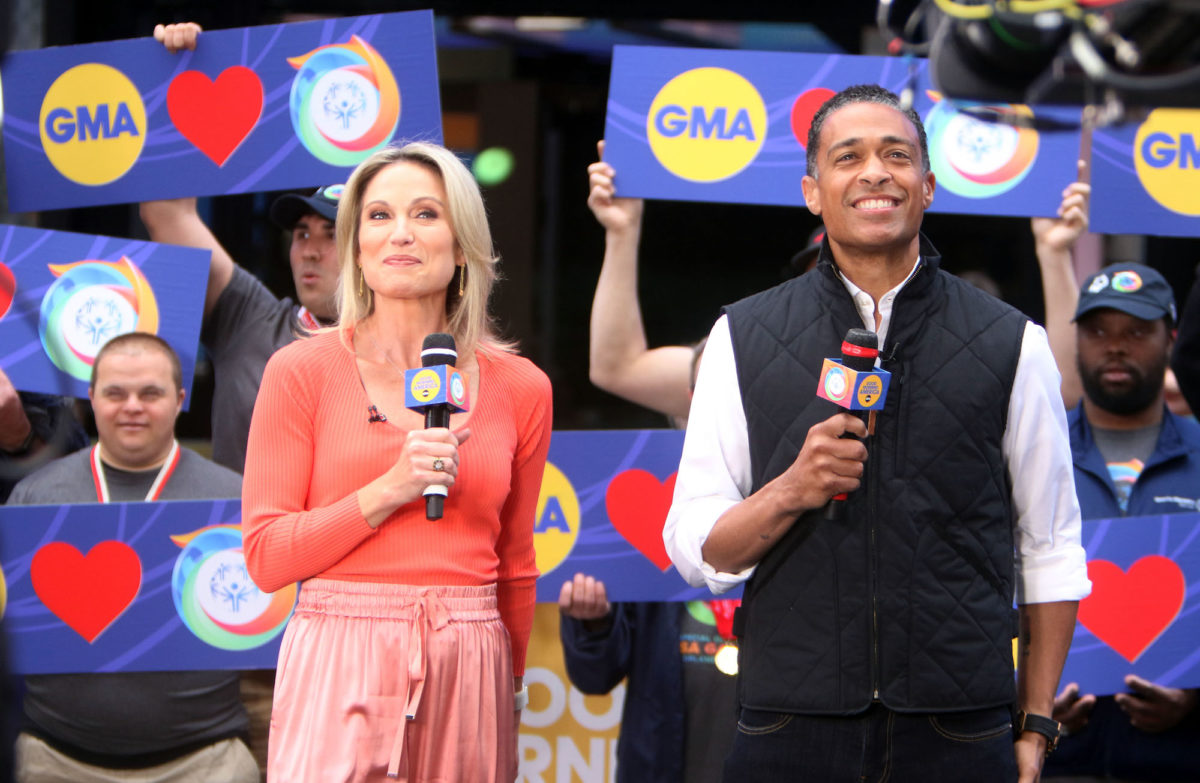 Getting close off the air. Amy Robach and T.J. Holmes’ reported relationship “blossomed from a close friendship,” a source exclusively tells Us Weekly.

“They always had a spark and their work trips away together brought them even closer,” the insider says.

Robach, 49, and Holmes, 45, made headlines on Wednesday, November 30, when Daily Mail published several sets of photos from their various outings in recent weeks. In one pic, they were seen cozying up at a bar and in another snap, he playfully put his hand on her behind. The twosome had previously documented work outings via Instagram, training for a marathon together in the spring and visiting London for Queen Elizabeth II’s Platinum Jubilee in June.

The source adds, “They have been trying to keep their relationship a secret until they were ready to announce.”

Robach, who also cohosts 20/20, and Holmes have been working together on GMA3: What You Need to Know since fall 2020. They were both married when they became fixtures on Good Morning America’s third hour. After the pictures surfaced, both TV personalities deleted their respective Instagram accounts. They have yet to publicly comment on the nature of their relationship. (Us Weekly has reached out.)

“At least five nights a week we sit down for dinner together. And we spend one-on-one time with each kid. It really changes the relationship. It doesn’t have to be extravagant, but it’s rewarding,” Shue exclusively told Us in 2017.

Robach added at the time that their union can be “described as the Brady Bunch” by their inner circle. “We don’t have an Alice,” she quipped. “That’s my biggest complaint.”

All the Drama! The Biggest Controversies, Feuds in Talk Show History

Prior to deleting her social media profile, fans noticed Robach hadn’t shared a photo with Shue since July when they traveled to Greece together.

Holmes, for his part, married attorney Marilee Fiebig in March 2010. Their daughter, Sabine, was born in January 2013. He is also the father of daughter Brianna and son Jaiden with ex-wife Amy Ferson.

The former CNN correspondent sparked speculation that there were troubles in his marriage earlier this year when he shared a quote that read: “End the relationship and cry once. It’s better than being with them and crying daily.”