Bruce Willis is reportedly over the moon about becoming a grandfather, following his eldest daughter Rumer’s pregnancy announcement.﻿

Rumer’s child, who she will welcome with her partner Derek Richard Thomas, is her father Bruce and mother Demi Moore‘s first grandchild in their extensive family.

A source close to the family told People, “[Bruce] is happy about becoming a grandpa. He loves having a big family. They are all spending Christmas together.” 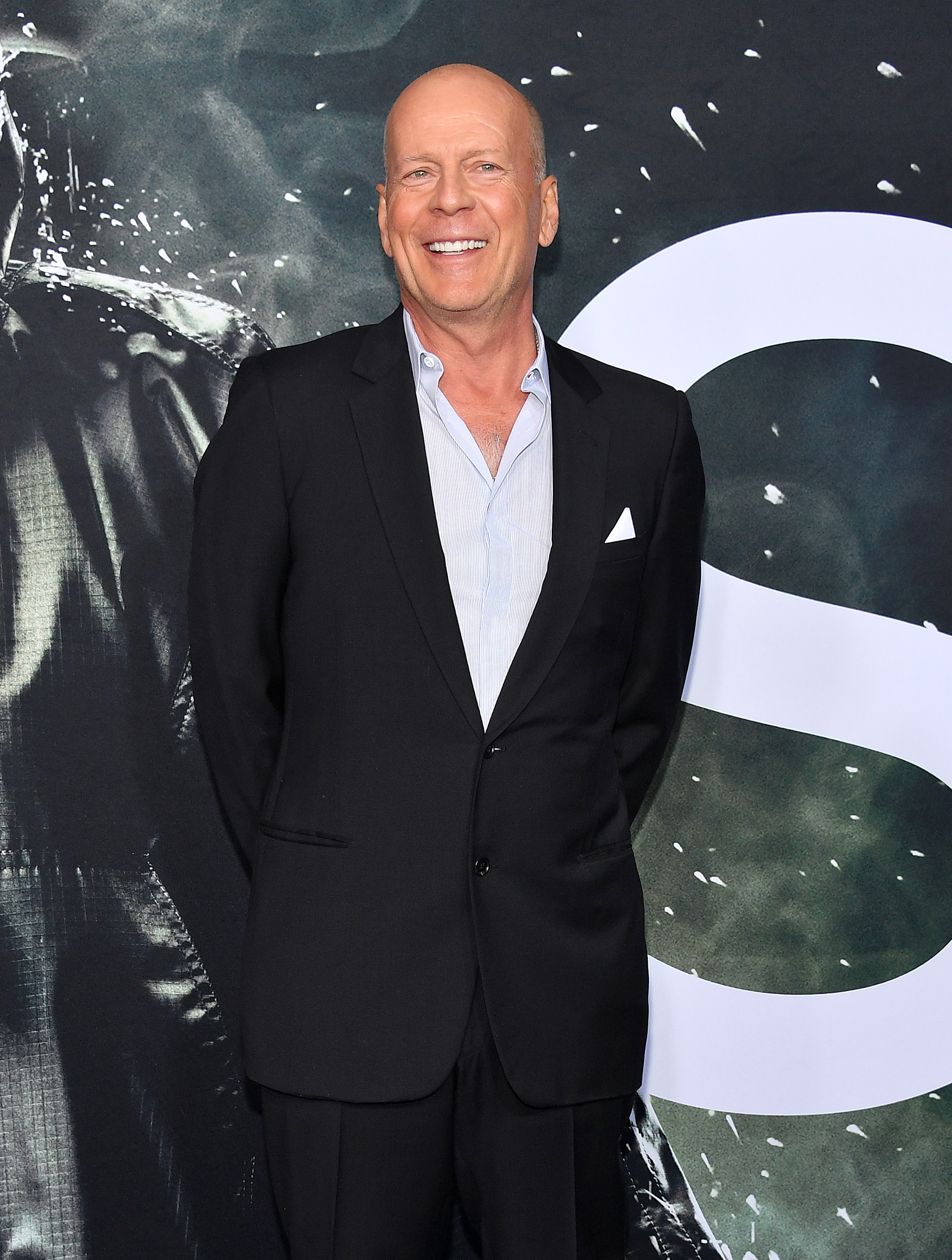 They added, “Bruce is enjoying not working and having more family time. He likes being around his girls more.”

﻿Rumer’s pregnancy news comes after the family announced some sadder news on their part – Bruce’s diagnosis with the language disorder aphasia and his subsequent need to retire from acting at 67.

While the condition, which impacts a person’s ability to communicate, has had some impacts on Willis, it hasn’t stopped him from lapping up the newfound family time.﻿

The Willis family, including Bruce’s current wife, Emma Heming Willis and his ex-wife Moore, celebrated an early Christmas get-together a few weeks ago﻿.

Moore and Bruce have been champions of staying friends despite their divorce, and ﻿appear to be reaping the rewards because of it.

Moore shared some sweet photos from the get-together, captioning her post, “We are FAMILY!! Getting into the holiday spirit!”﻿

In the photos, Willis could be seen posing with Emma and Demi, as well as his daughters, Tallulah, 28, Scout, 31, Rumer, 34 and he and Emma’s two young girls, Evelyn Penn, eight, and Mabel Ray, 10.﻿ 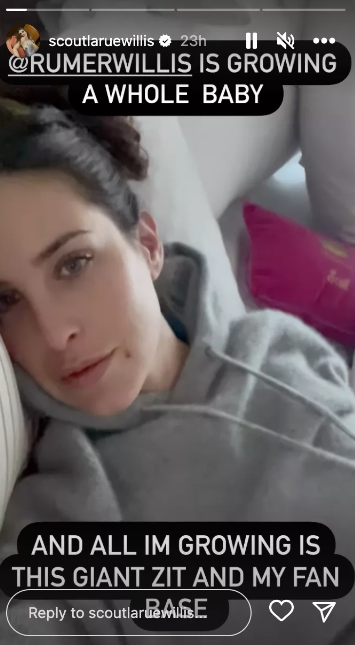 Bruce isn’t the only one marvelling a﻿t Rumer’s big news.

In the video, Scout showed off her dog before zooming in on her face where she revealed a pimple.

“@rumerwillis is growing a baby and all I’m growing is this giant zit and my fan base,” she joked.

Mum Demi Moore has also shared plenty of love following the news, including a new post of her, Rumer, Tallulah and Scout at Rumer’s ultrasound.

﻿”Saying hello to the little nibblet!!” she wrote in the caption. “Overjoyed for you, my sweet Rumer. It’s an honor to witness your journey into motherhood, and can’t wait to welcome this baby into the world!”