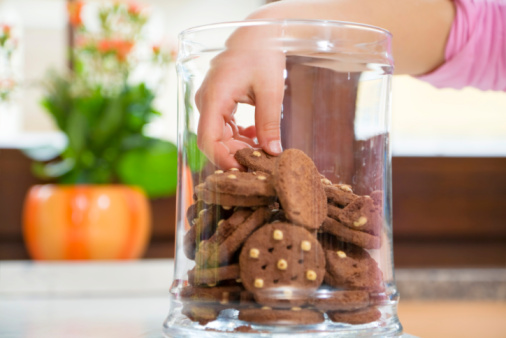 Your new secret weight loss weapon: Reorganizing your kitchen. You may think that keeping snacks out of sight is a “duh” tip, but there have actually been well-done research studies proving that it really works. Here are a few other scientifically vetted housekeeping suggestions that may also help you peel off the pounds:

A messy kitchen can make you feel stressed and out of control and encourage you to eat more, according to a study, published in the journal Environment and Behavior. In fact, the women in the study, who were exposed to a neat kitchen and one strewn with mail, newspapers and dirty dishes, ate twice as many cookies in the messy kitchen as in the tidy one.

If you have to have unhealthy snacks in the house, make sure you need to use a stepstool (and maybe a map) to find them. Studies from the Food & Brand Lab at Cornell University have found that when they’re out of sight, they’re also out of mind. Also, they point out, when you have to pass yummies a lot you’re constantly making the same decision—eat it or not—and you’re likely to eventually wear yourself down and succumb to temptation. Forget those cute little glass containers. Store goodies in opaque containers and use aluminum foil, not plastic wrap, for fattening leftovers in the fridge. (Cornell researchers have found that the average kitchen has four or five snack cupboards and recommended isolating treats to just one.)

3. Put the good stuff where you can see and grab it.

Don’t get rid of those little glass containers or the plastic wrap. They’re perfect for the healthy food you want to eat. Likewise, it’s okay to have a few things on the counter, like a fruit bowl maybe, filled with grapes on the vine that you’ve snipped into easy-to-eat portions. Other research at Cornell—recounted in the book Slim by Design by the head of the lab, Brian Wansink, PhD—found that having healthy food where you can see and reach it makes you eat more of it. And the sweet spot? The middle shelf in the fridge. That’s where to keep your celery, carrots, apples, oranges and other healthy fare, not in the produce bin.

A study, published this year in Journal of the Association for Consumer Research, found that downsizing your plates by 30 percent also downsizes the amount you eat by 30 percent, in part by cutting back the amount you serve yourself. Why red? Cornell research found that plate color also tends to affect how much you serve yourself, particularly if the plate and the food are highly contrasted. Portions of white food, like pasta and rice, look much larger on a darker plate, the researchers say. You’ll eat less of darker foods on lighter plates too. Mix and match?

5. Ditch the stools and chairs in the kitchen.

Or, at least, make your kitchen less comfortable as a hangout. The more time you spend in the kitchen, says other Cornell research, the more you’re going to eat. 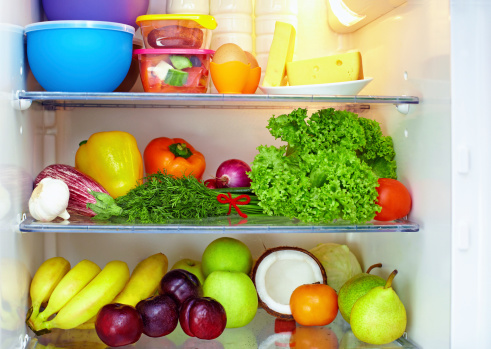 How to Fool-Proof Your Fridge for Weight Loss

6. Serve from the stove, not the table.

You’re less likely to overeat if you have to walk to the kitchen for seconds, rather than just reach for the bowl or platter on the table, say the Cornell researchers.

Have you tried “zoodles” yet? Those are the “noodles” made by using a special device to spiralize zucchini. For as little as $30, you can get a spiralizing device that turns out piles of noodle-like veggies—all kinds—that you can use in place of pasta. Consider a collapsible metal vegetable steamer that not only lets you steam veggies, but other healthy foods like tofu or homemade spring rolls made with shredded veggies. And take the guesswork out of portion sizes by keeping a counter-top food scale. You can find one that’s only about six-by-two inches so it won’t add to a cluttered look.

8. Keep an aromatherapy diffuser in the kitchen or dining room.

Studies have found that just sniffing the scent of fruits such as apples, bananas and grapefruit can help you eat less. A 2012 Dutch study, published in the journal Flavour, also suggested that strong aromas—things like onions, garlic and chiles—may encourage you to take smaller bites.