According to TMZ, the 43-year-old Kardashians star and the 46-year-old Blink-182 drummer wed yesterday at the downtown courthouse in Anacapa.

“Till death do us part,” the newlyweds each wrote in matching Instagram posts, where they shared a series of black-and-white shots from their big day.

The first image in both posts show the couple kissing in the seat of a classic lowrider convertible, which has a “Just Married” sign – complete with tin cans strung on it – secured to the back of the vehicle. Reportedly, they drove to the Tre Lune Ristorante in Montecito to share their first meal as husband and wife.

Barker wore an all-black suit, while Kardashian wore a short, white dress with a jewelled decal in the centre of her chest, a veil, and black high heels.

Other photos show the duo driving through the streets of Los Angeles, with one showing Kardashian cupping Barker’s chin with her hand as she looks into his eyes from the passenger seat.

Kardashian can also be seen lying in the front seat of the car and staring into the camera, and in one photo, Barker cradles her feet from the driver’s seat of the car.

READ MORE: Jury sees photo of Amber Heard’s swollen face after fight with Johnny Depp as she testifies she feared she ‘wouldn’t survive’ if she stayed with him 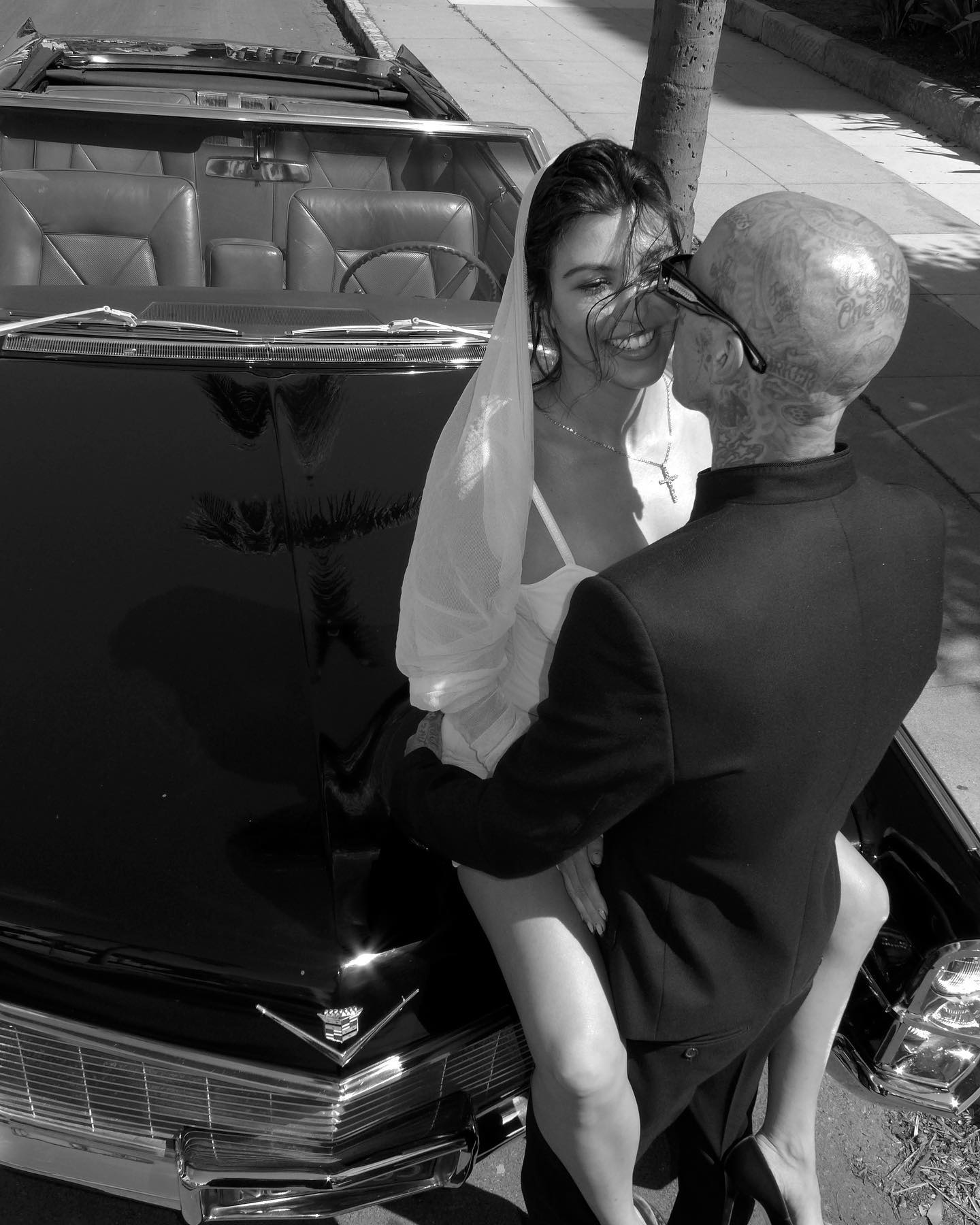 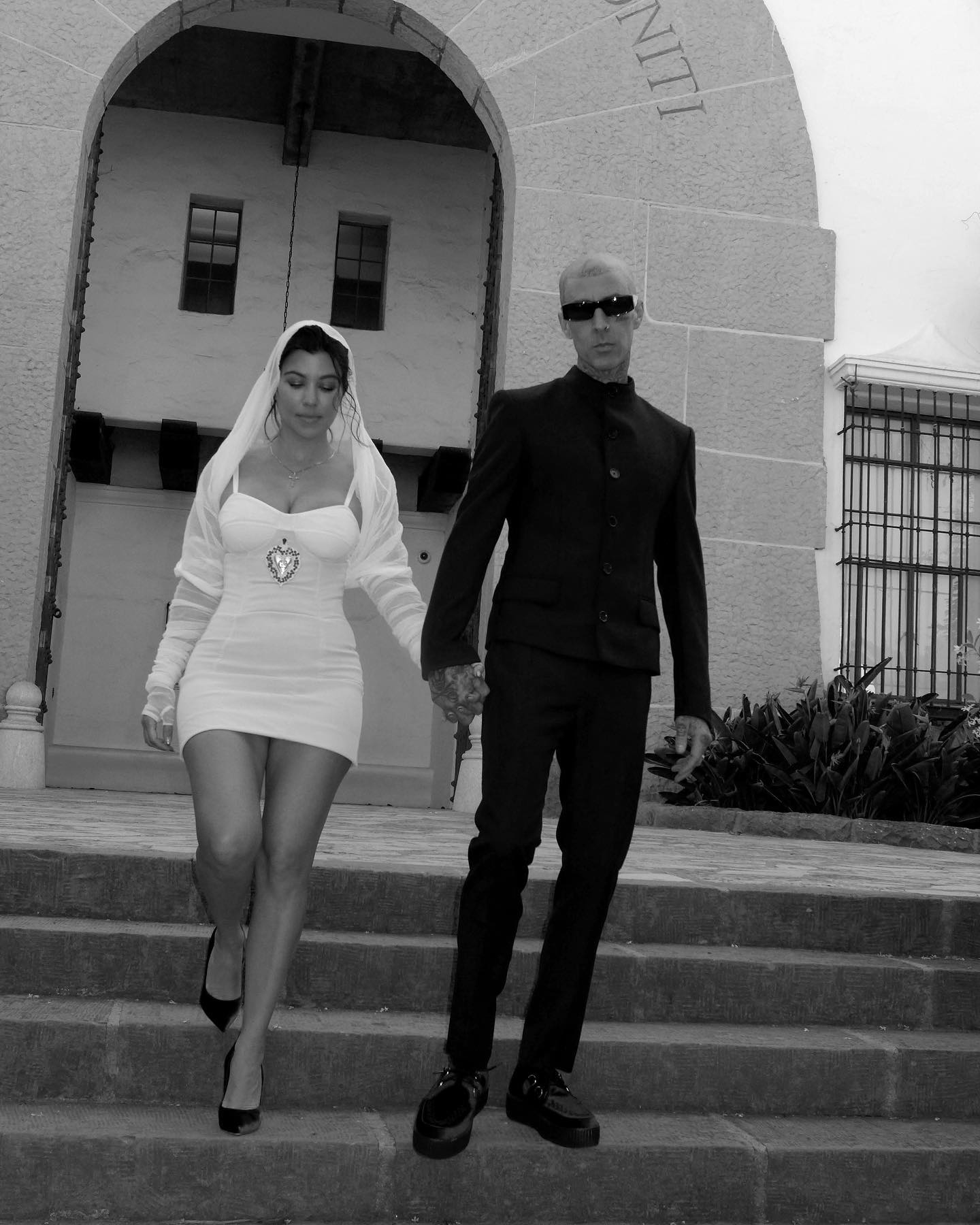 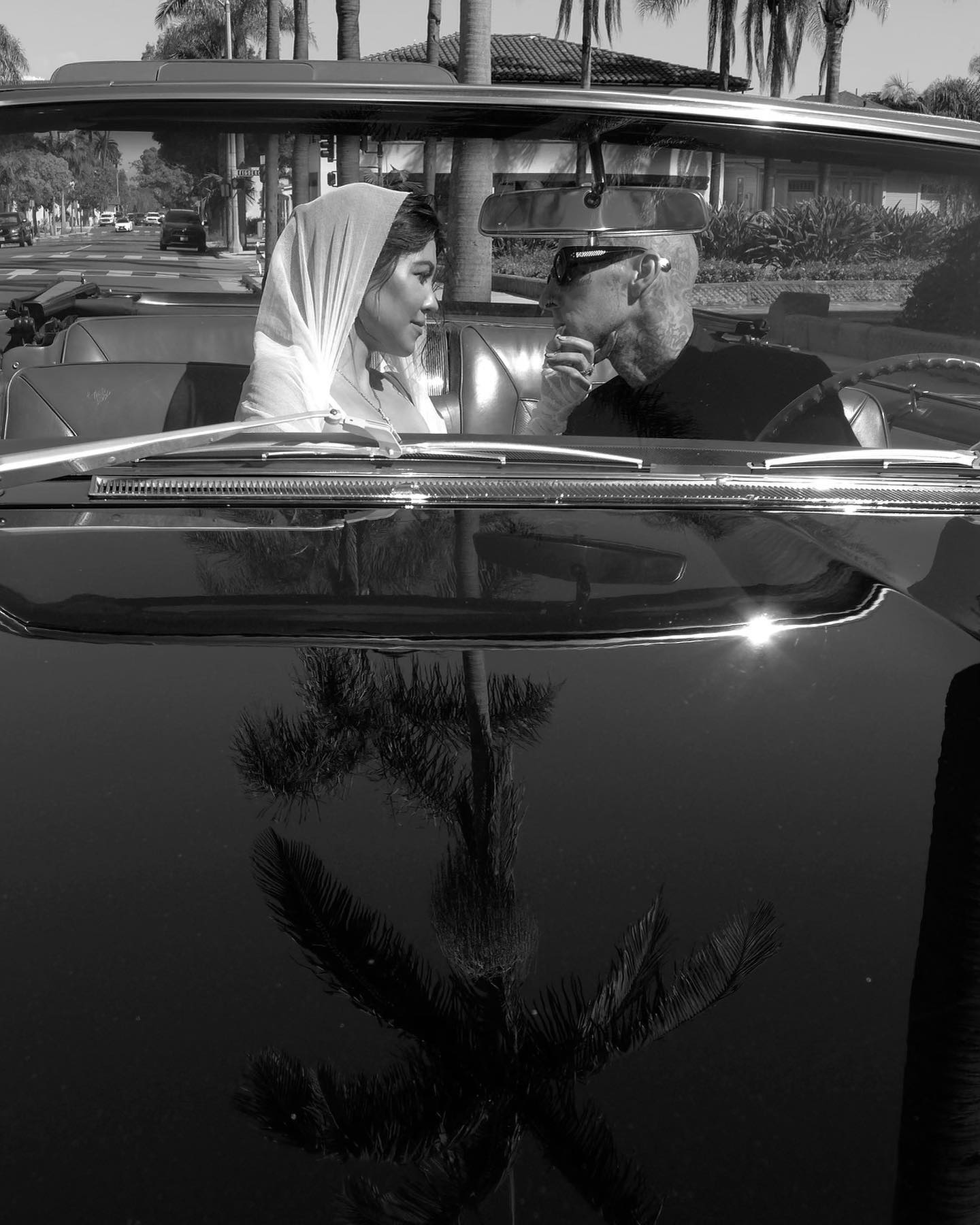 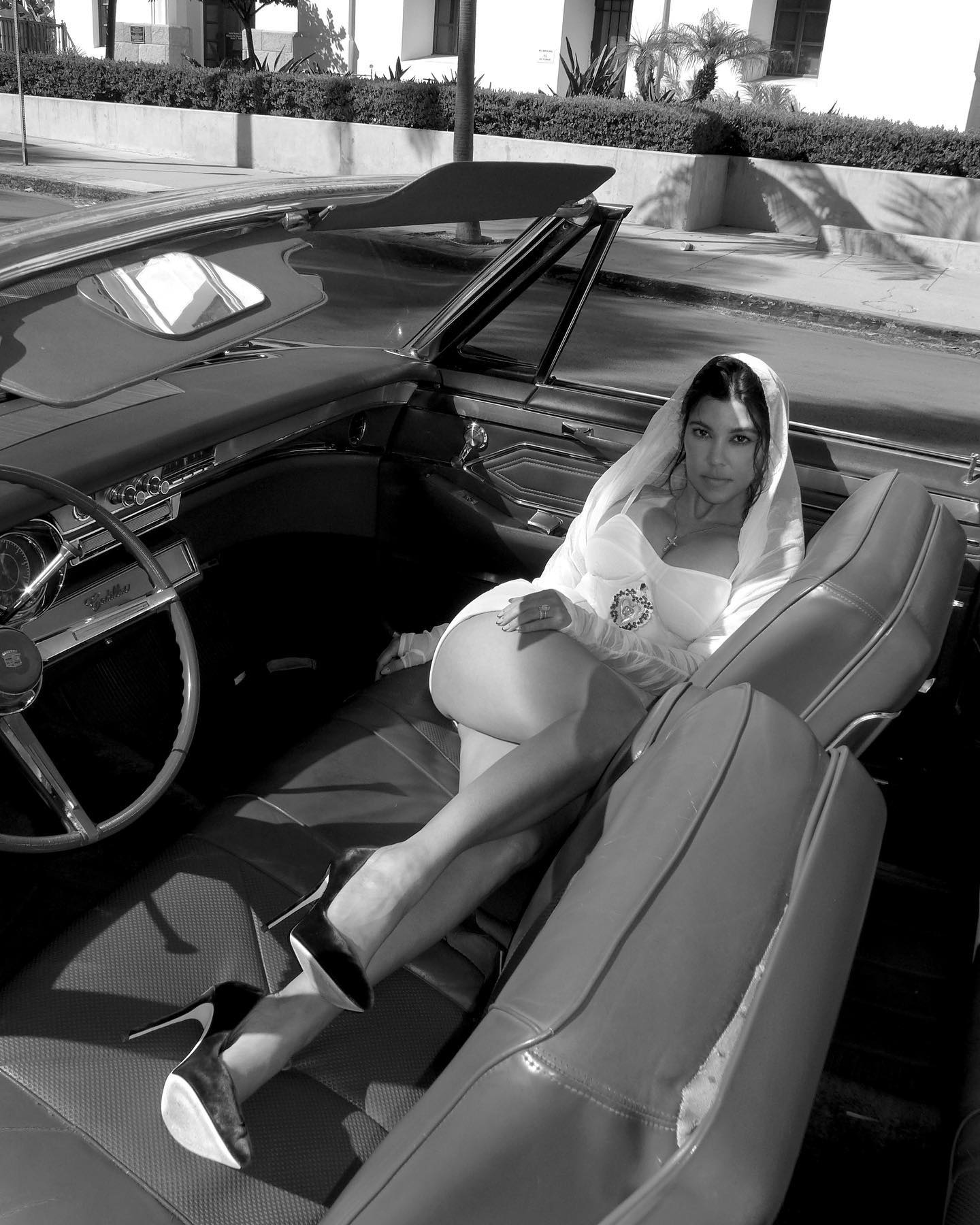 Kardashian’s grandmother, Mary Jo Campbell, is seen photographed alongside the couple, alongside an unknown man standing at Barker’s side.

The guest list appears to have been limited, with none of Kardashian’s siblings seemingly in attendance, and neither were Barker’s children – 18-year-old Landon Asher Barker and 16-year-old Alabama Luella Barker, both of whom he shares with ex-wife Shanna Moakler – nor Kardashian’s three children, Mason Dash Disick, 12, Penelope Scotland Disick, nine, and Reign Aston Disick, seven, which she shares with ex-partner Scott Disick.

Kardashian’s children were also not present during Barker’s lavish proposal in October 2021, which the reality star admitted was a sore spot during a recent episode of Kardashians.

A source told TMZ the newlyweds will have an official ceremony surrounded by family and friends in Italy “in the near future.” 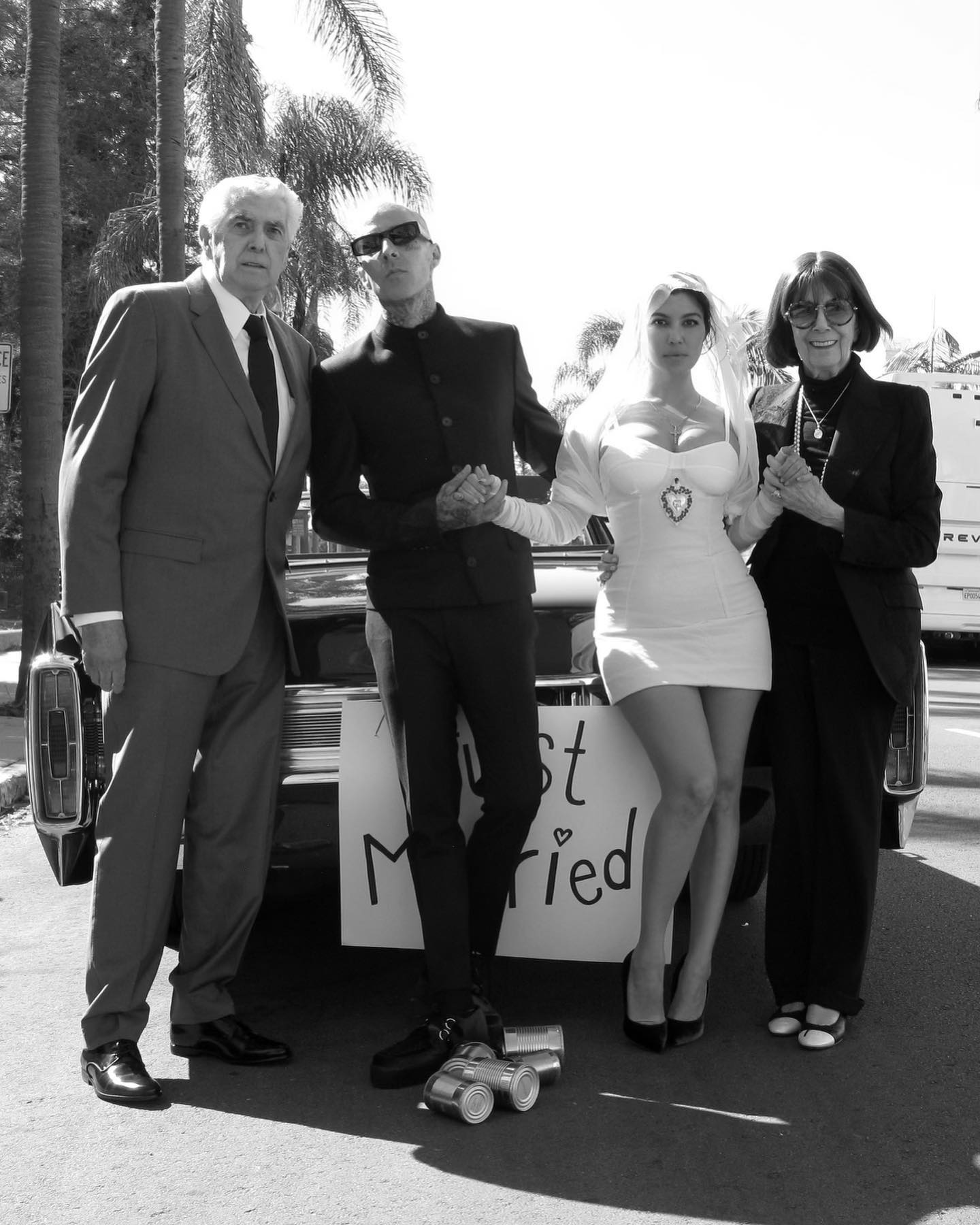 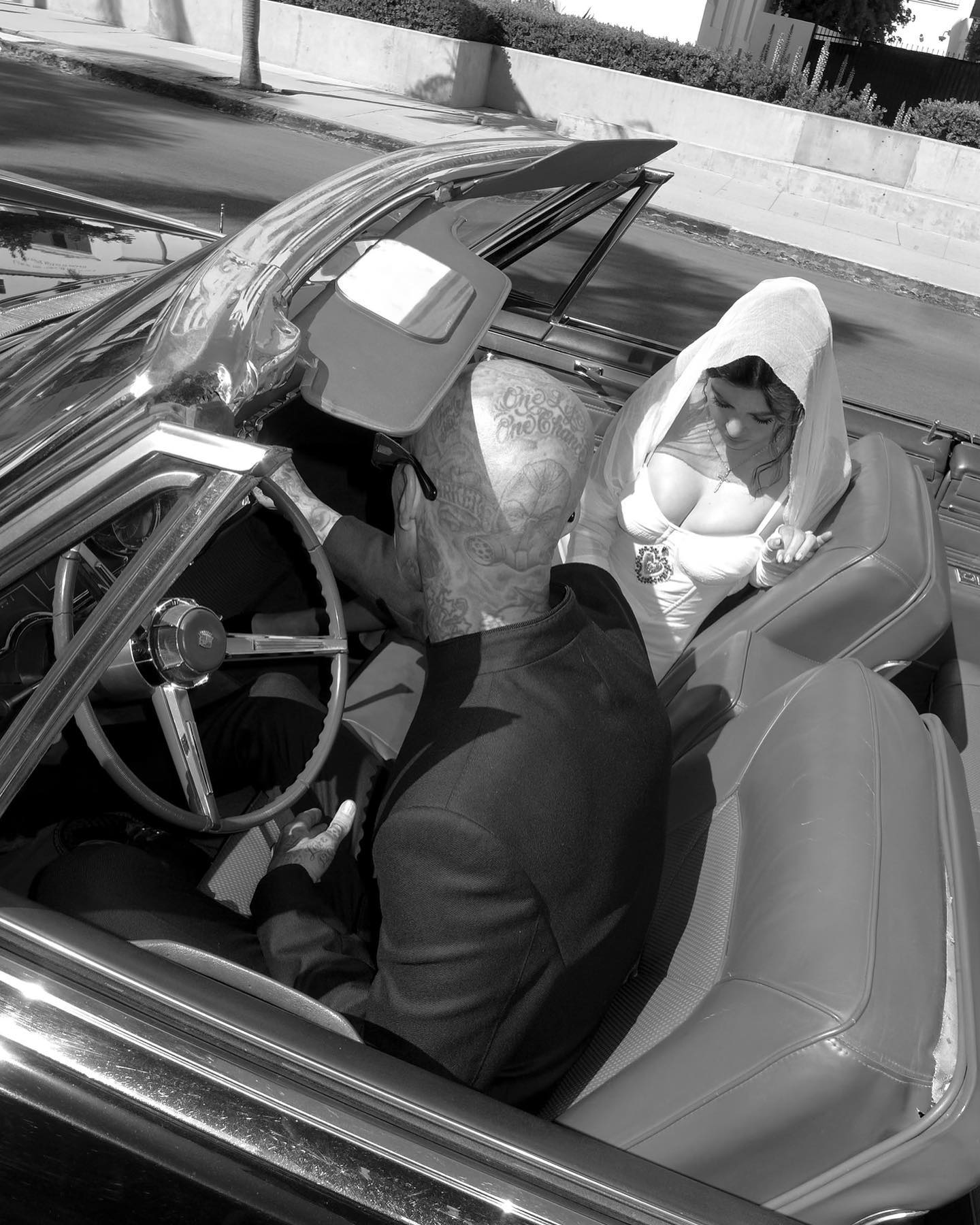 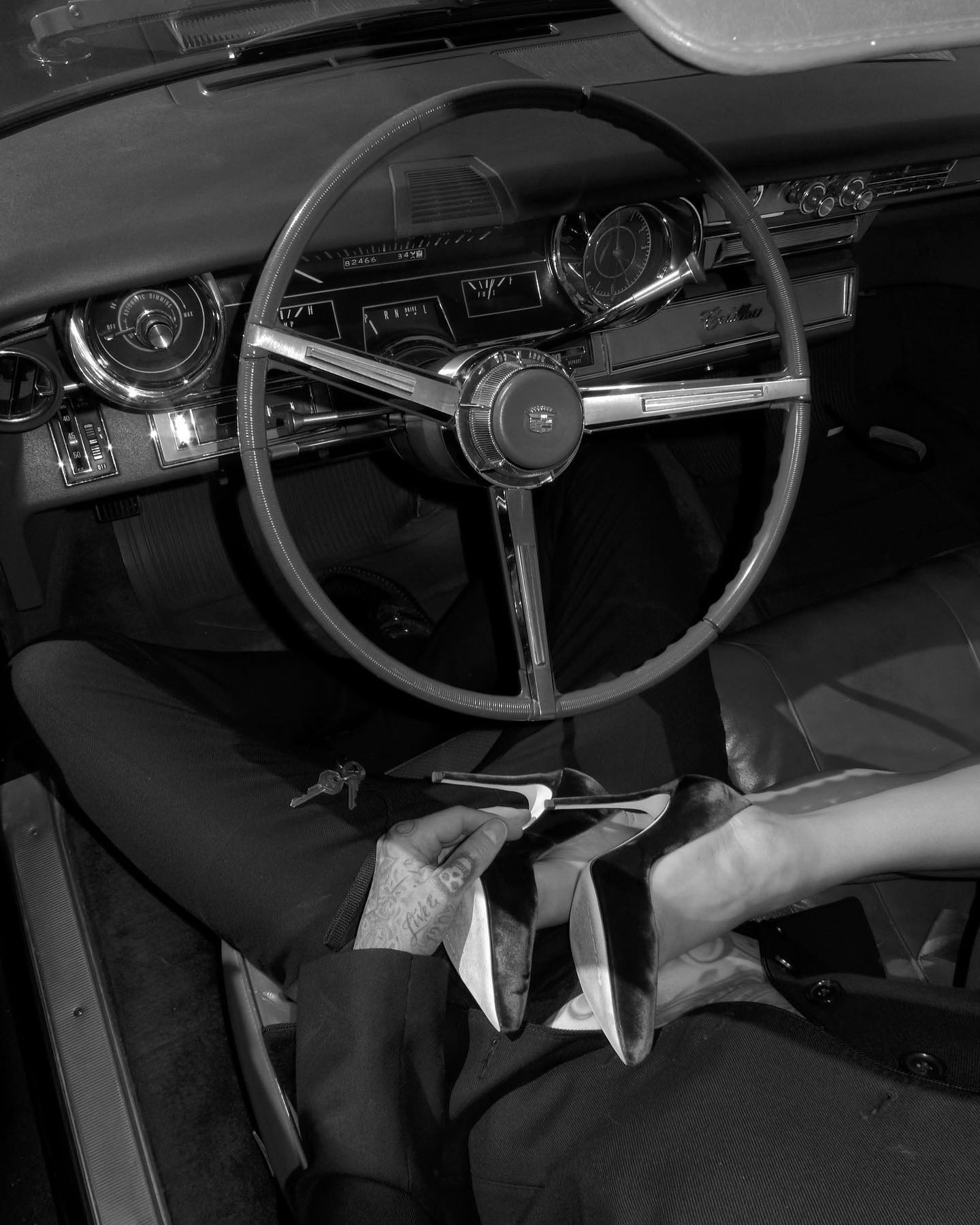 This isn’t the first time, however, the couple said “I do.”

The pair eloped at One Love Chapel in Sin City at 1.30am local time after the 2022 Grammys last month, and an Elvis Presley impersonator officiated the ceremony, though they did not obtain a marriage license or receive a marriage certificate.

The duo went Instagram official with their relationship in February 2021, though have known each other for years.