During a performance on his From Scratch tour, comedian John Mulaney surprised his audience – and drew criticism from some fans – when Dave Chappelle appeared as the opener and told what were described as “transphobic jokes.”

Chappelle’s opening set occurred during a show at Ohio State University’s Value City Arena in Columbus, Ohio. Although there is no footage from the event, as attendees were required to lock their phones up beforehand, several audience members took to social media afterwards to criticise the show.

According to attendees, Chappelle appeared as a surprise opener, and told jokes targeting the transgender community. 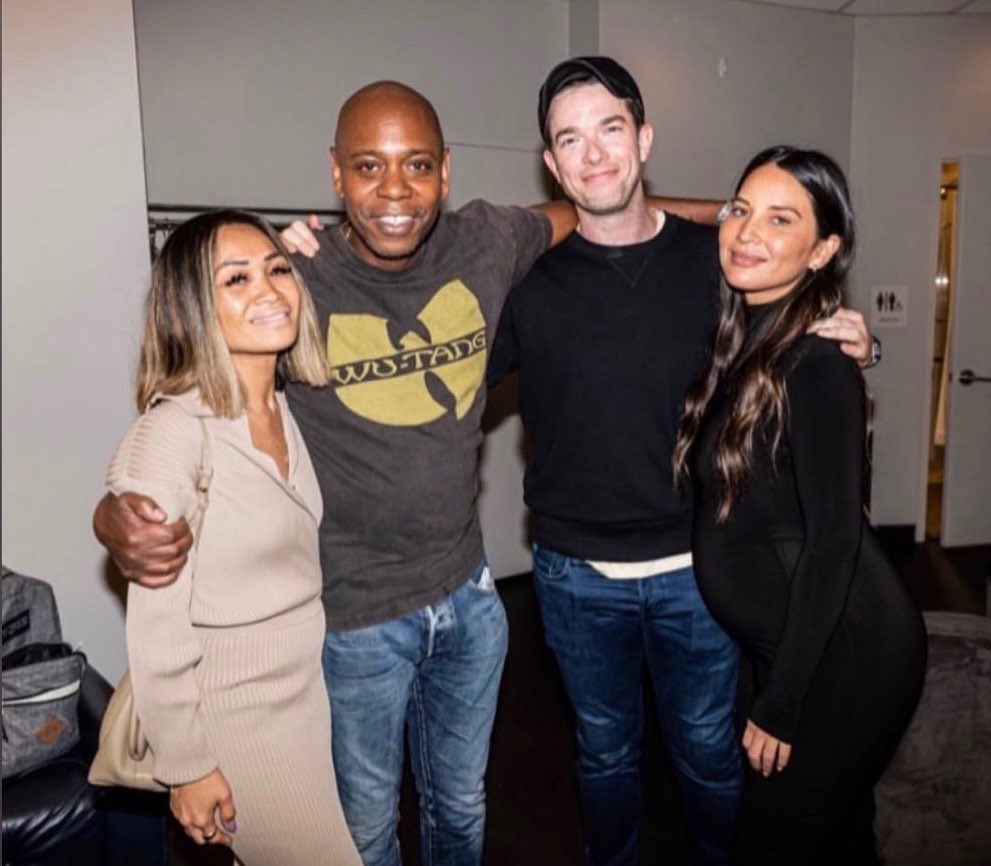 Mulaney reportedly came onstage and hugged Chappelle at the conclusion of the opening set. Some fans in the crowd expressed their disappointment after the show on Twitter:

“my favorite part of tonight was when dave chappelle ambushed us at the john mulaney show, told a bunch of transphobic jokes, a massive stadium of people laughed, and then john mulaney hugged him at the end.”

Jokes about the transgender community have been a recent cornerstone of Chappelle’s stand-up. The comedian first drew controversy for anti-trans jokes in Netflix specials such as 2019’s Sticks and Stones and the 2021 special The Closer. The Closer, in particular, faced blowback from groups such as GLAAD and the National Black Justice Coalition for derogatory jokes Chappelle made about trans women, as well as extended bits where he defended previous anti-trans statements from rapper DaBaby and Harry Potter author J.K. Rowling. Earlier this month, after being tackled while performing at a Netflix is a Joke event, Chappelle drew further controversy when he joked that the assailant was a trans man.

READ MORE: Halsey claims label ‘won’t let me’ release new song ‘unless they can fake a viral moment on TikTok’

Chappelle’s controversial and derogatory statements stand in contrast to Mulaney’s largely uncontroversial material. In his standup, Mulaney tends to stay away from political or social issues, focusing his attention on self-deprecating humour, anecdotes about his personal life and his struggles with alcoholism and addiction.

After Mulaney began trending on Twitter the next day as a result of the surprise Chappelle set, comedians started to react in turn.

Representatives of Mulaney and Chappelle did not immediately respond to requests for comment.