Phoebe Burgess is no stranger to hitting back at online trolls, and her latest defense is one that demonstrates why she publicly responds to criticism.

The journalist and podcaster, who was previously married to former South Sydney Rabbitohs star Sam Burgess, was accused by a troll of being “Australia’s very own Amber Heard.” She said she will no longer “stay silent” about trolls like such in a lengthy text response posted to her Instagram page.

Burgess previously accused her ex-husband domestic violence and alcohol and drug abuse during their marriage. Sam Burgess denied the allegations, and in October 2021, he was cleared by the police of any wrongdoing. 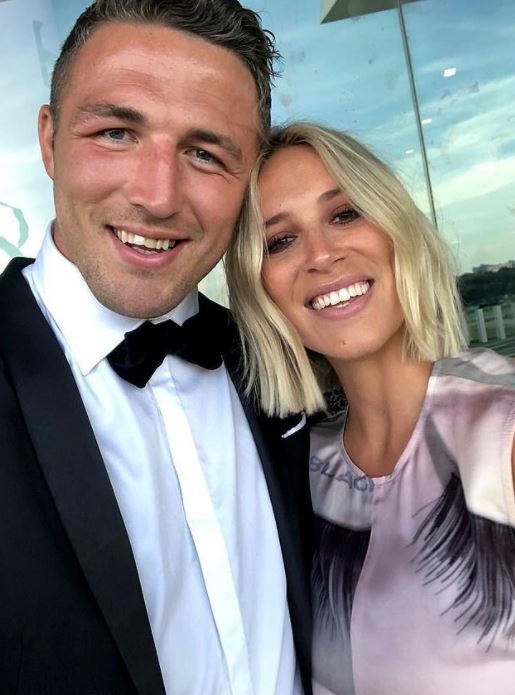 Burgess said that traditionally, she does not “legitimise” specific trolls by calling out their “ignorant, unacceptable behaviour” but “staying silent” is a problem.

A man had replied to Burgess’ Instagram Story with the message, “Get a new story you absolute loser. Your children will despise what you have done. Australia’s very own Amber Heard.”

Burgess shares two children, Poppy and Billy, with her former husband. Heard is currently embroiled in a defamation court case brought forward by her ex-husband Johnny Depp, who is suing the Aquaman actress for $US 50 million (approx. $69.8 million) over a 2018 op-ed where she said she was “a public figure representing domestic abuse”.

Heard did not name Depp in the op-ed, and Depp has denied any and all accusations of wrongdoing. Heard is countersuing Depp for $US 100 million (approx. $139.7 million). The case is currently being deliberated by a jury.

“If any of you have been feeling uncomfortable about the way Johnny Depp’s defamation lawsuit against Amber Heard has been portrayed and consumed: I hear you, sister,” Burgess wrote last night.

Burgess also refers to Depp’s previous defamation lawsuit against a tabloid in the United Kingdom following Heard’s op-ed, which he lost.

“If his mission was to send a signal to all the abusers and misogynists out there that women won’t be believed, he’s succeeded,” Burgess wrote.

“Victims are having one of their worst fears reinforced … ‘Nobody will believe me,'” she continued. “And when it comes to leaving, I fear women are thinking… ‘Maybe he’ll do a Depp on me.'”

READ MORE: Jesse Tyler Ferguson’s ‘modern family’ is about to get bigger

Burgess ended her message to the troll with a statement addressing his criticism of her parenting.

“I hope by the time my children are safely to a point where they are old enough to despise anything in this world, they despise only how we used to treat the issue of abuse,” she concluded.

Burgess has largely been praised by social media users for her message in the comments section, though comments on the post have been limited.

“So sorry you have experienced these vile messages too! I realise when I get these type of messages it’s all about the other person and nothing to do with me. Stay strong and keep speaking your truth ❤️❤️” another person wrote.

Some people, however, praised Burgess for her defense but claim her knowledge of the Heard-Depp case, which is has yet to have reached a judgement, is “flawed.”

“Defending Amber heard is not a hill to die on phoebe 🙌” one person wrote.

Others sent messages of support regarding her parenting as a single mother.

“Your children will [100%] know.. because as single mum survivors we work hard to raise them in a real honest kind respectful world,” one person addressed Burgess. “And they learn what is right and what is wrong… honour you for fighting a difficult fight 👏 💞”