Australian band Midnight Oil is an international icon, and one heart-warming encounter between frontman Peter Garrett and a busker in France has only cemented that status.

“Caught up with a few fellow musos in Lyon, France,” the band wrote on their official Twitter page, alongside footage of an interaction between Garrett, 69, and a Lyon busker that left both men smiling. Watch above.

In the video, you can see Garrett walk onto the footpath where a guitarist and accordionist are playing and singing a song, and drop some money into their donation bag. The legendary rocker begins to walk away, but the accordionist visibly cranes his neck and widens his eyes, calling out “Peter?!” to stop him.

READ MORE: Kim Kardashian is in the ‘athlete category’ thanks to a recent bone density scan 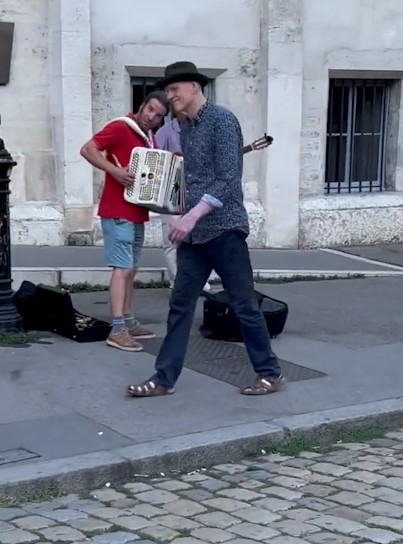 In true artist fashion, the guitarist embodies the show must go on mentality and keeps playing, but the accordionist immediately abandons his set and starts walking off the footpath to chat with Garrett, who turned around to face him at the call of his name.

The accordionist, who is beaming like he can’t believe his eyes, shakes Garrett’s hand and the duo converse.

It’s unclear when the video was taken – the band have been touring Australia, New Zealand, North America and Europe as part of their farewell tour Resist: The Final Tour – but the accordionist appears to tell Garrett he is going to see him tomorrow night. 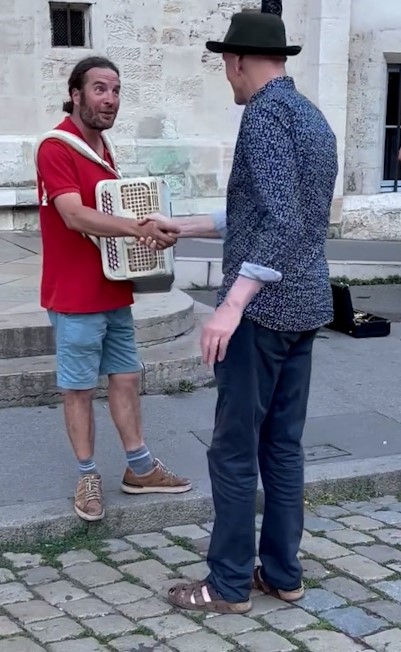 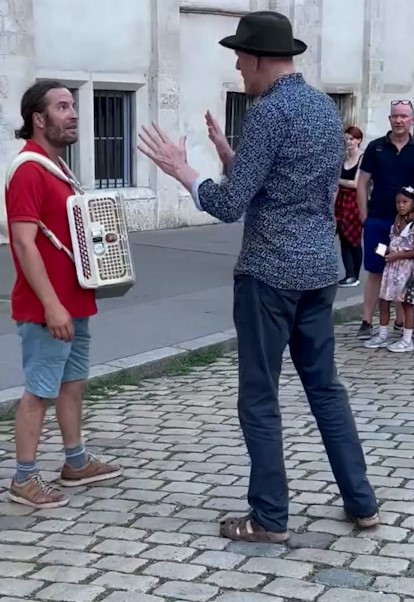 The accordionist, still grasping Garrett’s hand, leads Garrett – who looks back and smiles at the camera – further down the street to meet with a young fan, who had his phone out ready to go.

The duo converse a bit more, with the accordionist asking Garrett if he can “see [him] tomorrow night” or “later,” to which Garrett kindly responds that he’s a bit busy.

The accordionist then tells Garrett he went to his first Midnight Oil concert when he was 14 in Paris, and proceeds to tell Garrett he was blown away by Midnight Oil then and has been a fan ever since – even raving to his brother about them back then, who appears to be the guitarist going by the accordionist’s gesture.

The two men then clap hands, and the video ends.

Midnight Oil formed as Farm in 1971, and Garrett joined the band in 1975 while he was studying at Canberra’s Australian National University.

By 1976, the band had changed its name to Midnight Oil after drawing it out of a hat, and their 1987 hit ‘Beds Are Burning’ saw them rise to international critical acclaim.

The band have closed out their northern hemisphere leg of their farewell tour, and have some final shows scheduled for later this year in Australia and New Zealand.

While Resist: The Final Tour is said to be their last tour, Midnight Oil have confirmed that they will continue to make music together.