Kyle Sandilands is a proud dad!

The beaming radio shock jock has given his loyal listeners a first look at baby Otto, who was born yesterday morning shortly after the 51-year-old bolted off-air mid-show as he got the news his fiancée Tegan Kynaston, 37, was in labour.

On The Kyle and Jackie O Show‘s official Instagram page this morning, Sandilands shared footage of himself and Otto – with a glimpse of Kynaston – at the hospital and spoke about his first child. Watch above. 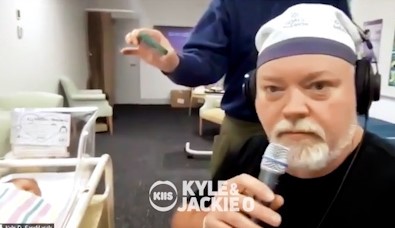 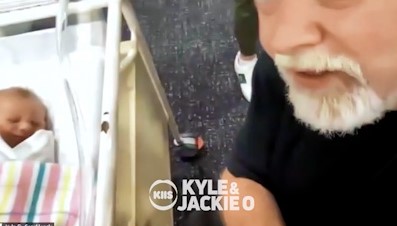 In the video, an excited Sandilands, wearing a scrub cap, wheels his son into a room where the cameras and microphones are waiting.

“Here he is!” Sandilands says, before joking that a swaddled Otto needed to “sit up” in his crib for his big debut.

Sandilands then puts the camera in selfie-mode, showing a sleeping Otto in his crib. 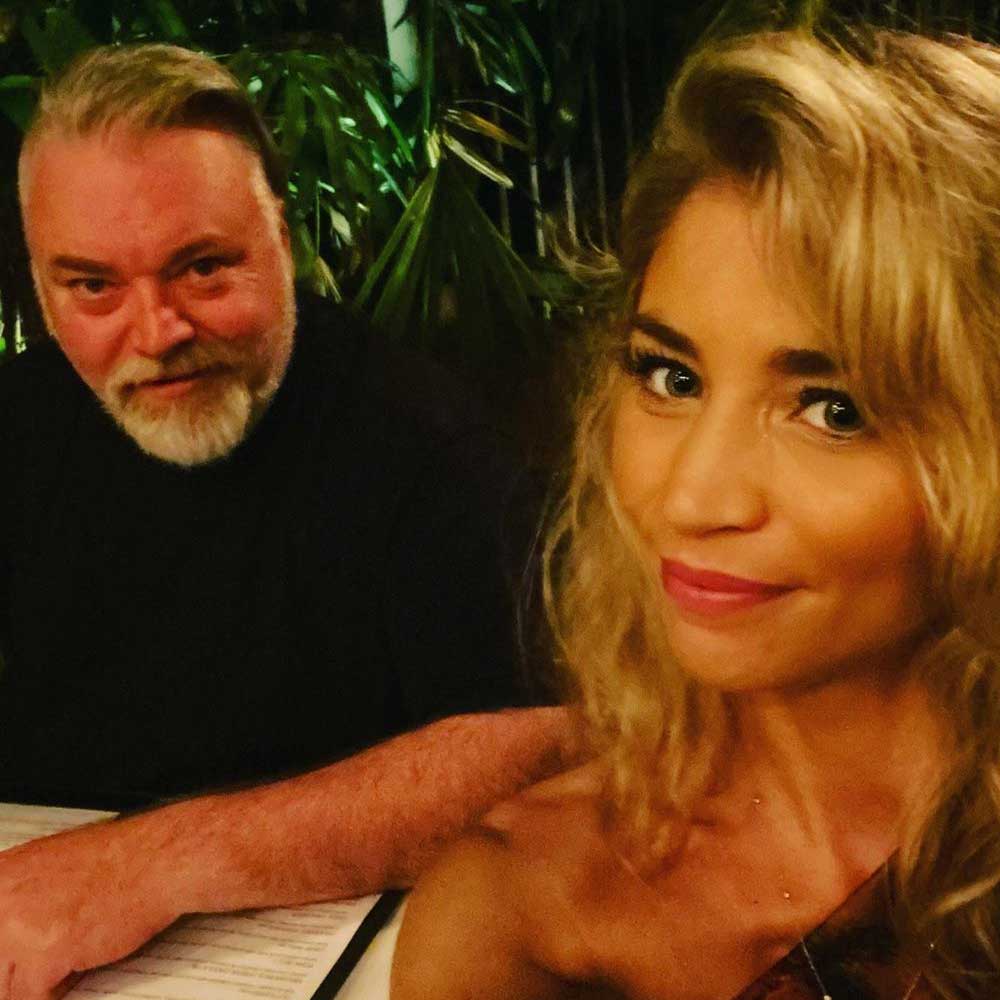 The duo then debated what colour hair Otto has, with Henderson asking if it was a light brown. 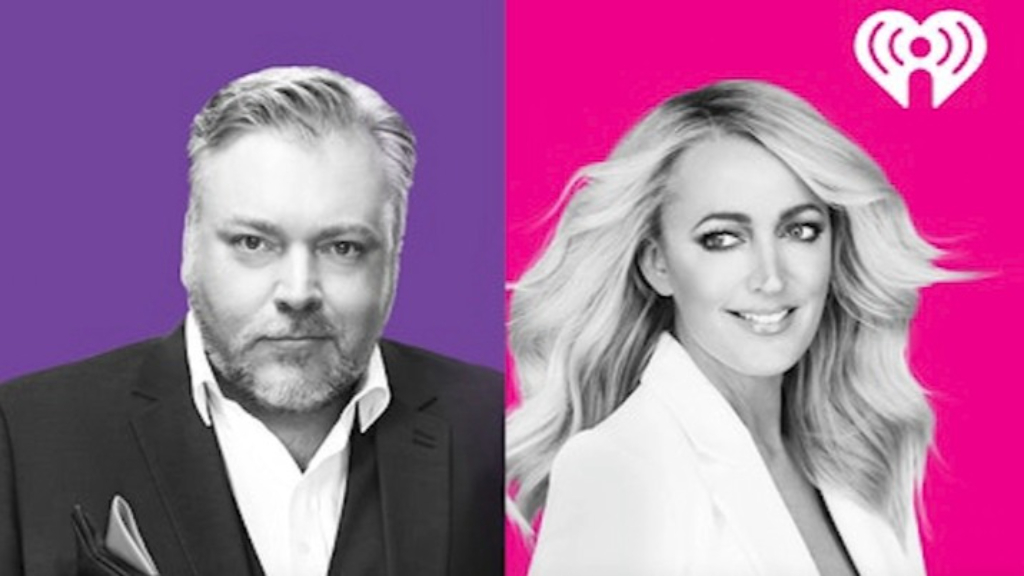 Henderson then commented on how Otto looks “so so adorable” and how she believes he looks like his father.

Sandilands asks Kynaston off camera if she thinks their son looks like him, which she appears to confirm.

“You can see it in the round face a bit,” the show’s newsreader Brooklyn Ross jokes, to which Sandilands responds with an outraged, “Excuse me!”

“The joy and happiness, honestly, I’ve never seen him like it guys,” the show’s Intern Pete, who caught up with Sandilands at the hospital about 30 to 40 minutes post-delivery, said on air at the time.

“Otto is born, Otto is fabulous, I cut the cord, I didn’t realise it was like tough calamari, and blood squirted out,” Sandilands said yesterday.

Sandilands and Kynaston have been together since 2019, and late last year, Sandilands popped the question while the couple were on holiday in Port Douglas, Queensland.

The duo went public with their romance on New Year’s Eve in 2019 when Kynaston shared a photo of herself kissing Sandilands in front of the Sydney Harbour Bridge.

Prior to the couple pursuing a romance, Kynaston was Sandilands’ personal assistant. She is now a director of communications of Sandilands’ company King Kyle Private Limited.