In footage from the Venice Film Festival on Monday, now widely circulated on social media, Styles is seen approaching Pine to take a seat next to the actor at a screening of the thriller.

As Styles quickly moves to his seat, he makes a subtle “puh” motion with his mouth, suggesting he may have spit.

READ MORE: No, The Veronicas have not split, but they are excited to share their individual identities with the world 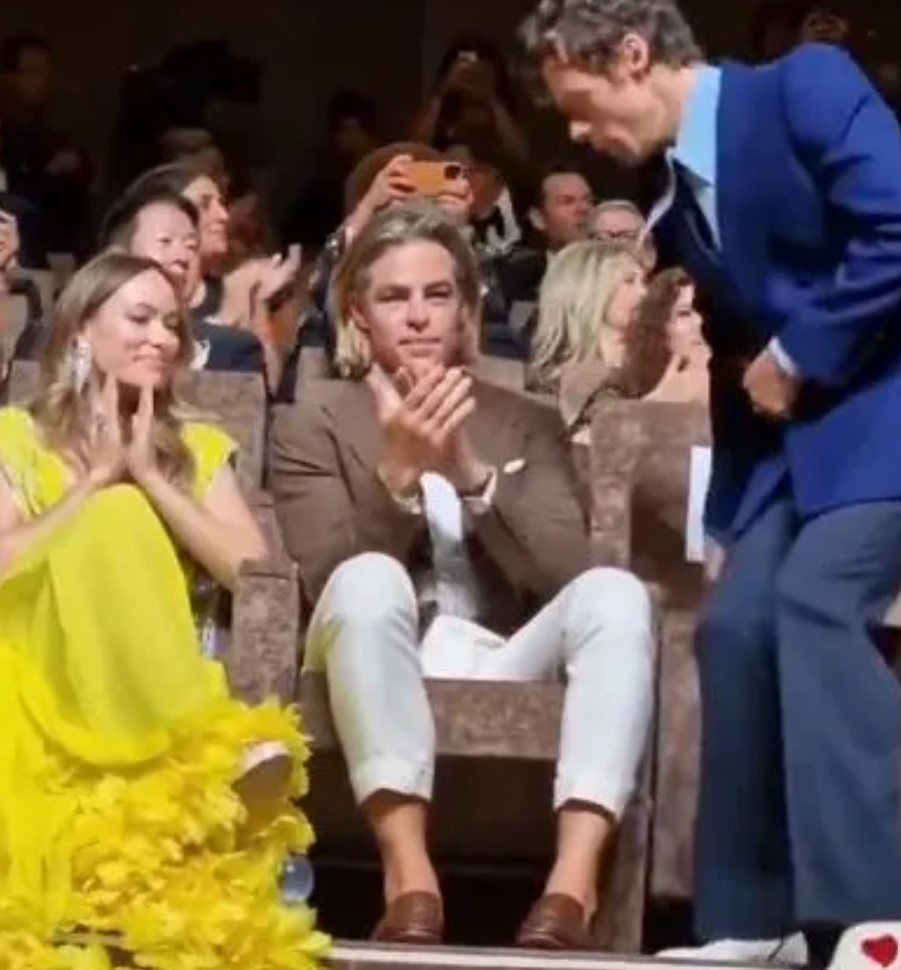 Pine looks down at his lap, pauses his applause, then shakes his head and grins as if there may have been some kind of joke between the two stars. Others argue that nothing can be seen coming out of Styles mouth.

Pine’s rep has since addressed the incident.

“Just to be clear, Harry Styles did not spit on Chris Pine,” rep for the actor told People magazine. “There is nothing but respect between these two men and any suggestion otherwise is a blatant attempt to create drama that simply does not exist.”

It’s the most recent movie-campaign moment to raise speculation things are not all love between those involved with the project.

There were, however, plenty of smiles from the cast at Monday’s festivities. 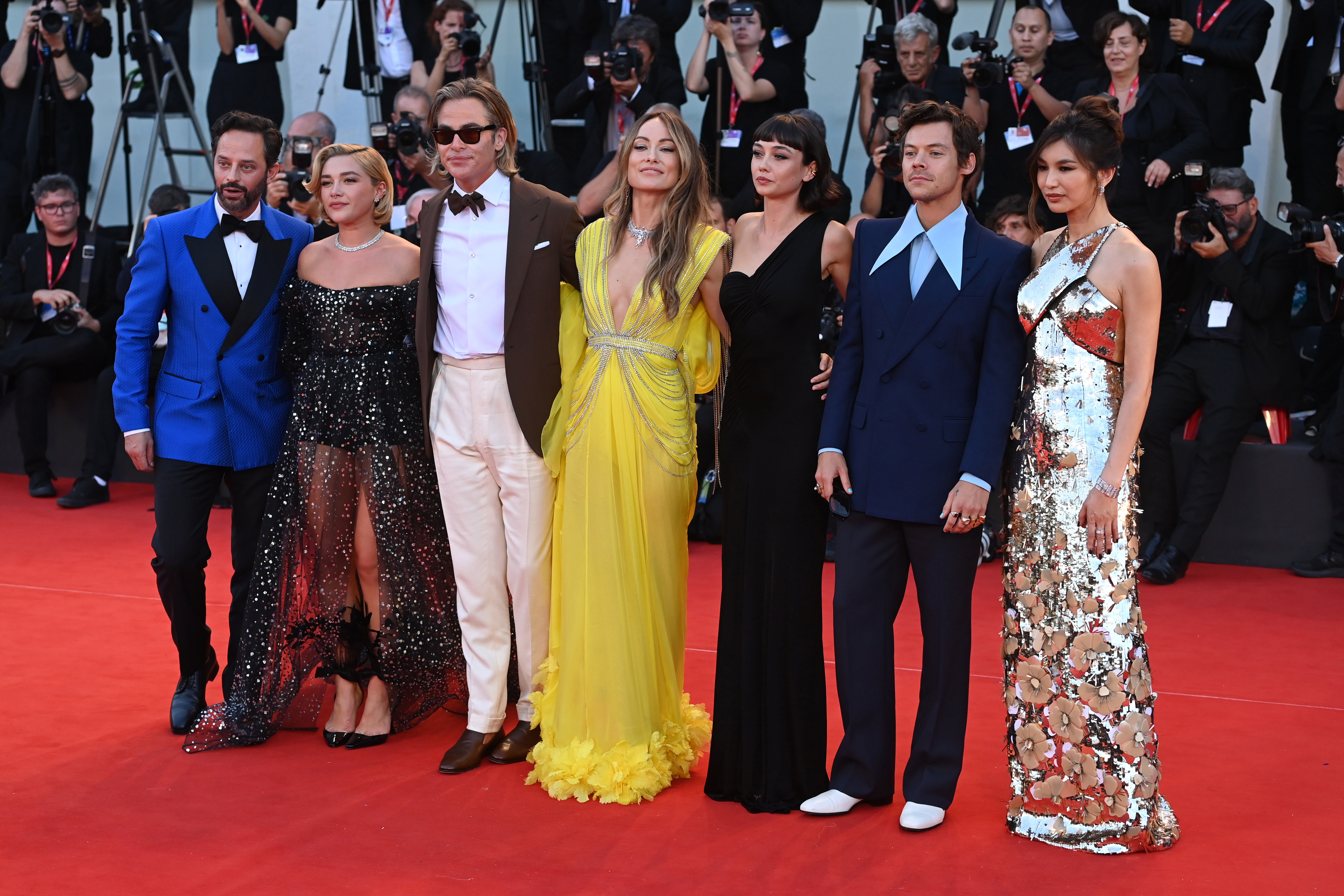 Pine was seen on the red carpet, charmingly taking photos with a disposable camera of the film’s star, Florence Pugh. Styles planted a friendly kiss on co-star Nick Kroll during a lengthy standing ovation for the film after the screening.

People on social media were quick to point out there wasn’t much public interaction between Don’t Worry Darling director Olivia Wilde and Pugh, but Wilde had nothing but praise for the actress.

READ MORE: The Rock thanks Brendan Fraser for helping his career in ‘first-ever’ role 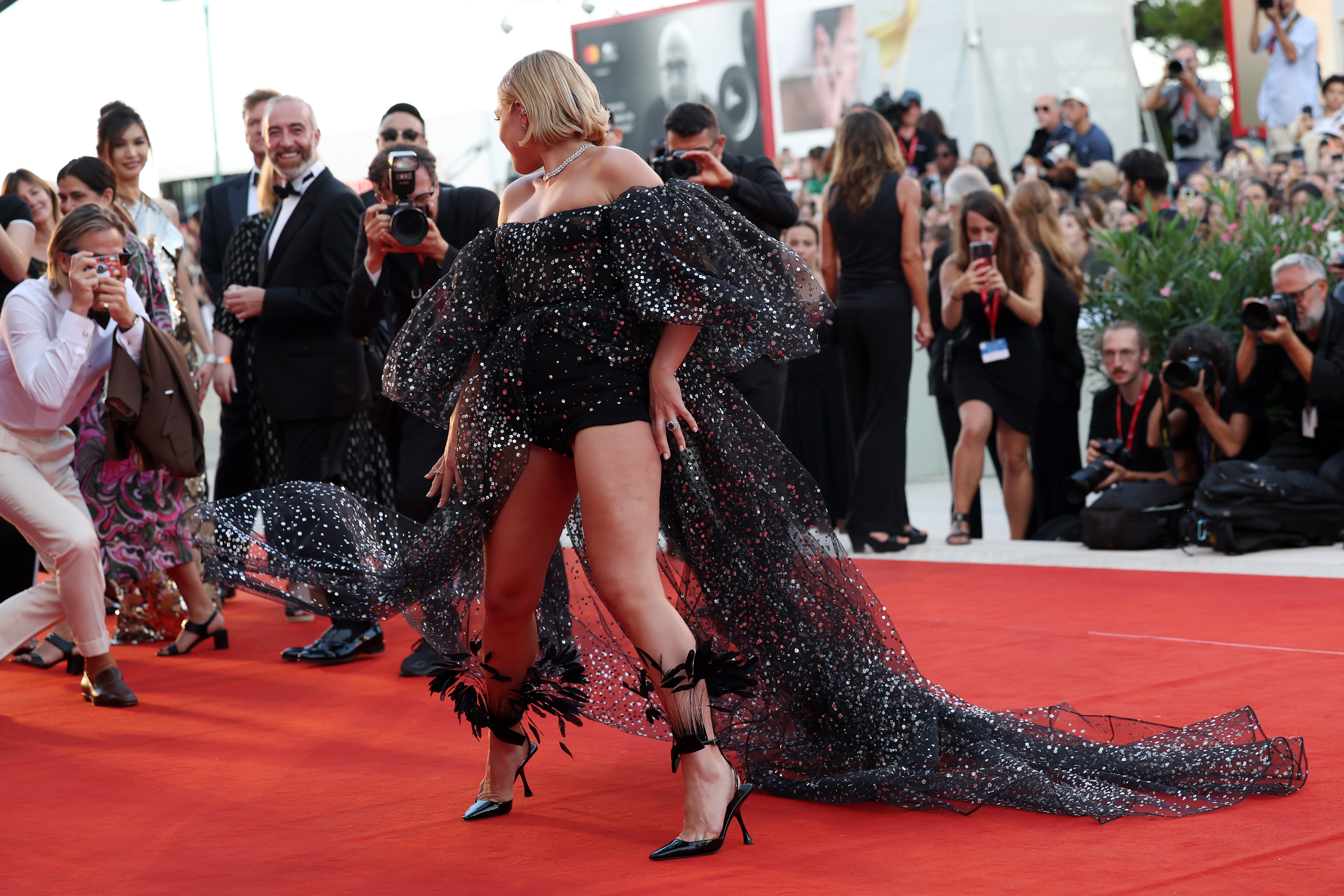 “Florence is a force,” Wilde said a press conference earlier on Monday. “I can’t say enough how honoured I am to have her as our lead. She’s amazing in the film.”

The director was asked about reports she and Pugh have experienced a falling out.

“As for all the endless tabloid gossip and all the noise out there, I mean, the internet feeds itself,” Wilde said. “I don’t feel the need to contribute. I think it’s sufficiently well-nourished.”

During that same press conference, Pine appeared to be distracted at times, which led Twitter to dub his appearance there as “Chris Pine astral projecting.”