Kim Kardashian‘s influence on the high-profile pardoning of Alice Johnson during Donald Trump‘s administration is being unpacked in an upcoming book.

Breaking History: A White House Memoir is written by Jared Kushner, the husband of Ivanka Trump and former senior advisor to the former president, and an excerpt provided to People outlined the convoluted process behind Johnson being granted clemency – in which the 41-year-old reality star and law student had a starring role.

It was in 2017 when Kardashian first contacted Ivanka, 40, about Johnson’s case, which was then transferred to Kushner.

At the time, Johnson was serving her 21st year at 63 for a non-violent drug offence, and during her imprisonment she had become an ordained minister, mentored fellow inmates, completed multiple certifications, and had a “spotless” behavioural record. 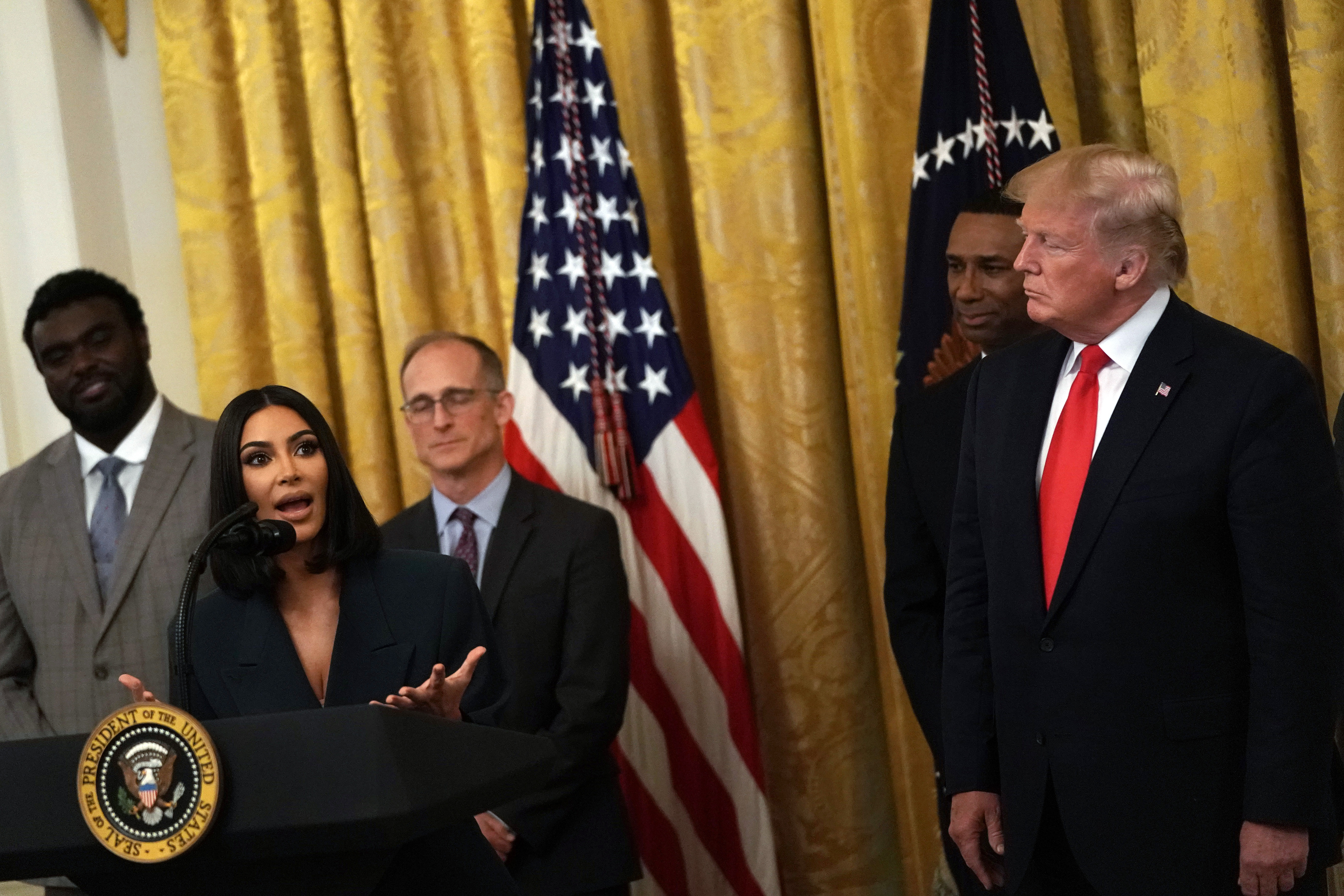 “With the president increasingly supportive of criminal justice reform, I decided it was the perfect moment to bring him Alice Johnson’s clemency case,” Kushner writes in the book.

“In an Oval Office meeting in May, after working closely with Kim Kardashian to vet the file, I presented Alice’s case to the president.”

Kushner, however, claimed that as he explained Johnson’s “unfair” sentence to the former president and his team, he was met with resistance. The alleged resistance came from Don McGahn, who was White House counsel and Kushner claims he said Johnson was the “kingpin” of the drug operation and thus her harsh sentence was fitting.

As Kushner recalls, however, the former president himself was open to pardoning Johnson, so Kushner arranged for Kardashian to go to the White House to make that happen.

“She gracefully presented Alice’s case to the president,” Kushner said. “She knew the details backward and forward.”

Kushner says McGahn was “starstruck” by the SKIMS founder, which, in turn, meant he held back with his counterarguments.

Two days later, Kushner says he received a call from the Trump, who supposedly said, “Let’s do the pardon. Let’s hope Alice doesn’t go out and kill anyone!”

In the book, Kushner accuses McGahn of then leaking “falsehoods” to the media that the former president was only helping Johnson because he himself was starstruck by Kardashian, which Kushner says was an attempt to undermine Kardashian’s legitimate arguments for Johnson’s pardon to scare the former president from proceeding.

READ MORE: Why Will Smith issued a video apology to Chris Rock five months after the Oscars slap

Johnson’s pardon proceeded anyway after the former president was assured it was the right thing to do, Kushner says, and when Johnson was reunited with her family, Kushner wrote that her emotion was “raw” and her joy was “contagious.”

Kushner asserts Kardashian was a driving force in influencing the former president’s view on handling imprisoned people such as Johnson, and says after Johnson’s reunion with her family, Trump called him and said, “Jared, that is one of the most beautiful things I have ever seen. I’ve been around for a long time, and that was beautiful.”

Kardashian is passionate about prison reform, and has been credited with helping lobby for the First Step Act, which reduced mandatory minimum sentences. She has also drawn attention to the cases of Cynthia Brown, Melissa Lucio and, most recently, rapper Gunna.