Nicole Kidman and Keith Urban ﻿have returned to Australia for the silly season, and amid a four-state-wide heatwave, ventured on down to Manly.

Namely, Manly Seaside Kebabs, where the “local legends” surprised staff and customers alike with their “support.”﻿

READ MORE: Model edits estranged husband out of wedding video less than a year after the wedding 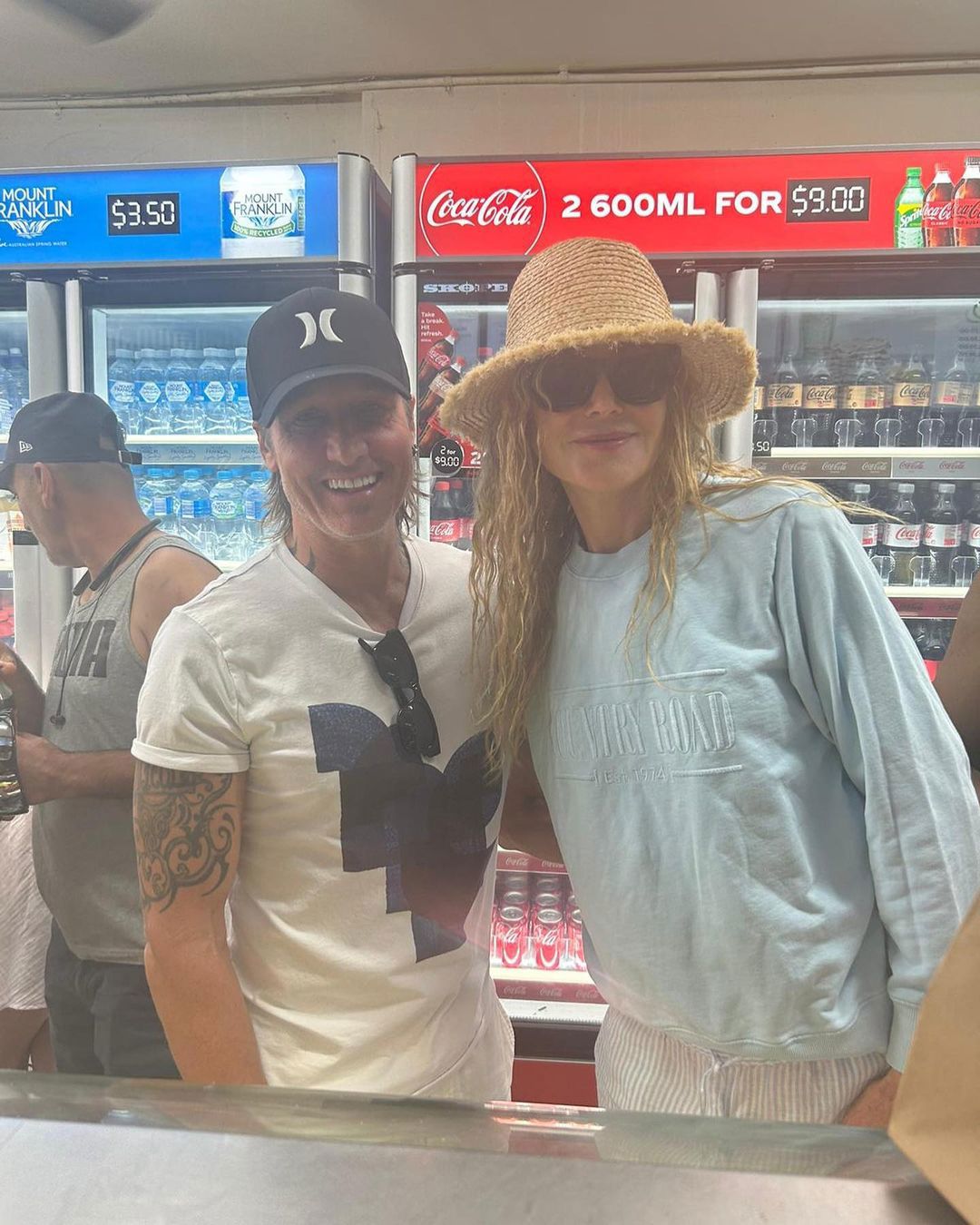 “Our local legends always supporting us,” Manly Seaside Kebabs wrote on Instagram overnight alongside a shot of Kidman, 55, and Urban, 55, embracing behind the counter.

The shop also included the hashtag “Much Love” in the caption.

“You know the kebabs are good when [Kidman] is here enjoying them,” they wrote on their Instagram Story.﻿

READ MORE: The sunscreen myth you need to stop believing

Manly Seaside Kebabs’ most recent post breaks a ﻿year-long hiatus on the social media platform for the store, with their last post being shared on December 13, 2021 – and it also featured Urban.

“Here’s a couple of pictures of some of the legends that blessed our store with their presence ❤️,” the store wrote on Instagram this time last year, with Urban seen ﻿embracing a staffer, dressed again in a t-shirt, cap and boardshorts.

Rapper Redfoo﻿ from LMFAO also featured in the post, embracing the same staffer. Kidman and Urban returned to Australia in recent weeks with their daughters, 14-year-old Sunday and 12-year-old Faith, to celebrate ﻿Christmas with Kidman’s mother, Janelle, and her family.

﻿In January 2021, Kidman returned Down Under to be with Janelle as she battled health issues.

“We’re down here primarily to take care of my mother and to have her surrounded by her grandchildren,” Kidman told NPR almost a year ago.

“We were able to take her into the gallery after hours and show her the Matisse exhibit, which coming from a mother who’s raised me in the arts, it was soothing balm,” she said at the time.